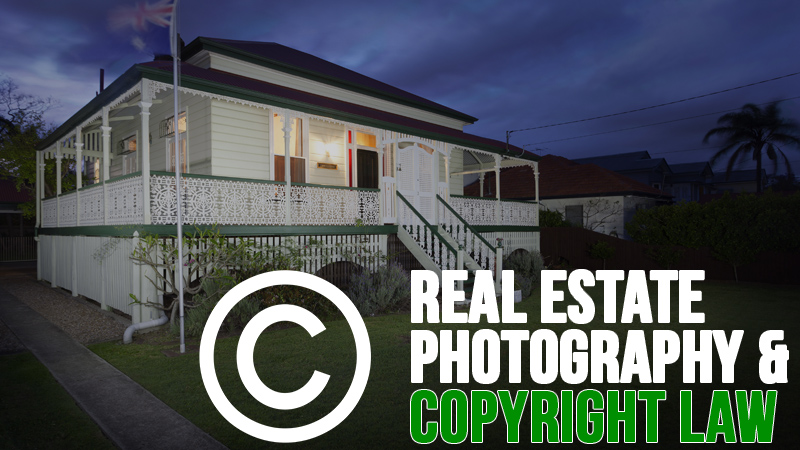 How familiar are you with real estate photography and copyright law?

Here’s an interesting story about an internet entrepreneur who was successfully sued recently by a photographer. Why was he sued? Well, entrepreneur Dan used a photograph that he found when searching on Google Images, but unfortunately for him he forgot to check in with the owner of the photograph first.

When the photographer saw that Dan was using the image without permission he sought compensation from the entrepreneur, and although a settlement was reached outside of court (in June 2017), it meant that Dan had to pay the photographer $37,000 to cover the image use and court fees.

Now when most people go through something like this they’ll say:

“I now know I shouldn’t use images I find online. It’s my fault, and I’m going to be much more careful about image use from now on, and you should be, too.”

Except that’s not what this guy did. Here you can see him explain it in his own words:

As of today that video has had over 145,000 views, and it’s still growing since being posted a little over a week ago. So here’s what Dan says in this video:

To put it into context, the reason I was sued was because I used a picture that I found on Google Images. Now, I should have known better, yes, in my position I should know better. But, again, I never really thought that there are malicious people out there that […] maliciously put pictures on the Internet.

First of all, why would someone think that just because something is online that it suddenly becomes freely available?

People write content, they share articles, they advertise products and services, and they post photos that they’ve taken – if they want to do any of those things to promote their own business or another business online then they shouldn’t have to have a Terms & Conditions listed below each photo letting people know that the photos are copyrighted.

He then goes on to talk about using images from search.CreativeCommons.org where he says:

These images aren’t going to be the best, they’re not going to be super, super amazing images that are super high quality, but then you’re also not allowing yourself to be open to vulnerable attacks.

Now the reason I was open to a vulnerable lawsuit like this wasn’t because I used the photo, okay. Because let’s face it, I’m one of millions of sites out there that are going to Google Images and going and getting images, and guess what? I still do that with little graphics here and there. So it didn’t deter me from still doing it, it’s just that there are people out there who will target you maliciously and go out and sue you for what you have.

It does seem a little strange that he is positioning himself as the victim in this, when it would seem as though the photographer is the victim and they are simply seeking fair compensation for the work they created.

He also acknowledges that the images that are freely available through Creative Commons aren’t that great, and seems to imply that the good quality images are the ones that are up on Google Images, and they show up there only because they were posted on the website of a photographer or some other seller of products or services. In other words, the stuff that normally costs money to have a professional shoot it is the really good stuff. It doesn’t seem to occur to him that the good stuff ought to be paid for, which I find very strange but it seems a lot of people do think this way.

So how does copyright law apply to real estate photography?

When it comes to the use of images in real estate marketing I see this playing out in two ways:

In both of these situations the real estate agent is technically breaking the law. To put it more bluntly, they are stealing. It is as if they walked into a store, took the photos off the shelf, stuffed them under their jacket and quietly walked out again. It might not seem that way to that agent, but that is what they are doing.

What should a real estate agent do to use photographs legally?

There are two ways to use photographs legally and avoid the kinds of problems mentioned earlier:

One way is to take the photo yourself. Now this possibly gets back to what we spoke about earlier in terms of lower quality images being present through Creative Commons. It’s one way to get the shot, but unless you’re a professional photographer then the image probably won’t be that great.

The other way is to hire a professional photographer. This gives you the images you need, and the photographer will give you permission to use those images in a particular way for a certain period of time. Just be sure that you understand what those limitations are, and if you need clarification simply ask your photographer and they will help you work things through. And if you need different usage terms then they can set those for you, though possibly with a different price for those new terms as well.

If you pay a photographer to take a photo can you use that same photo forever?

No you can’t, unless the photographer gives you permission to do that, and some will and some won’t. Generally if they do grant you unlimited use of the photo then you will be paying a higher price upfront for that particular image.

You see, photography is a lot like other media such as movies, music, and television shows. So let’s say you go to the shops and buy a copy of a recent movie on DVD. Can you then make copies of that DVD and sell it to the kids in your neighborhood? No, you can’t legally make copies of a DVD.

Can you broadcast that movie online, or upload it to YouTube for everyone to watch? No, you can’t legally share a DVD in that way, as the content is for personal use only. Being ‘personal use only’ means you can invite a few friends and family members over and sit down and watch it, but you can’t buy a movie on DVD for $12, then setup your own TV network, and broadcast that movie to the general public. If you want to broadcast a movie then you have to pay more for it in the first place because you’re going to make more from it through advertising and promotion of your TV network. In other words, that movie has more value to you as a TV network owner than it does to a family in the suburbs, so it’s only fair and reasonable that the TV network pays more for it.

How does this work with photography?

Well, if you want to use a photo for 6 months to market a single home then you’ll be paying the cheapest possible rate. That’s because the timeframe for which you’ll be using the image is limited, since the photos will only be used for as long as it takes to sell the home.

However, if you want to use a photo for five years to sell yourself then the timeframe for which you will use the photo increases, and therefore the fee that most photographers will charge increases as well.

Why do photographers charge extra for extended usage or what they call longer licensing terms?

Here are some key quotes from the above video:

Why don’t I charge one fee and then do the work and then everybody can use it for free?

Number one is that it’s not fair for the person who paid for the licensing for the commissioned shoot.

Number two, if my client doesn’t want anyone else to use the photos they will pay a ‘buy out fee’. And that potential ‘buy out fee’ is enough to make up for any potential loss of income for additional licensing.

So in essence I’m saving my clients money. I’m spreading the cost of that photo shoot out a little bit.

Photographers need to build viable businesses if they want to continue to work, and in order to do that they need to charge appropriate fees to cover their costs (and you might be surprised by how expensive it is to operate a photography business).

So in order to charge one fee for unlimited use forever and ever, or one fee and then make the photo freely available, then that initial fee would need to be very, very high. In order to keep that cost down, the photographer charges a fee by the amount of use a photo gets.

Think of it like a bar or a pub – they usually don’t have an admission fee of $100 with unlimited drinks to their patrons. That’s because some patrons want lots of drinks, and others just want one drink. So they charge each patron a small fee for each drink that they buy. Photography licensing works the same way – each person who wants to use the photo pays a smaller fee, depending on how long they want to use the photo for.

Thomas goes on to say:

Why wouldn’t I want to let (a third party) use the work (without paying extra)? … Well, it depends. Is the benefit the same for you as it is for me? If you’re a business and wanting to use my work to market your business then perhaps it’s not a direct return on investment, but having high quality photography on your site builds trust with your clients and they feel more comfortable buying from you. So there’s a value there. I’m providing value to your business, and of course I appreciate any free advertising I receive, but that should be in addition to the proper licensing and not instead of.

Thomas goes on to compare the value of a photo sitting in a closet compared with the value of a photo that’s on the cover of Time Magazine. It might be the same image, but in one situation no-one sees it and the photo is worth nothing, but in the other situation that photo will be seen by millions of people and potentially make a lot of money, and is therefore worth a lot more:

… No matter what there has to be a ‘win-win’, and it’s all about a negotiation. … So if I can help another business grow, then I will have a client for life. And if your photographer has that mindset, then you’re golden.

So I hope that helps to explain image licensing.

However, if it’s still not clear for you then that’s okay – just remember that an image created by your local real estate photographer is treated just the same as a Top 10 hit from a local hip-hop artist.

What is copyright law?

Click here for a description of copyright law in the United States of America.

And for a simple explanation, here’s something from the Professional Photographers of America:

Click here for a description of copyright law in Australia.

Click here for a description of copyright law in Canada.

Click here for a description of copyright law in the United Kingdom.