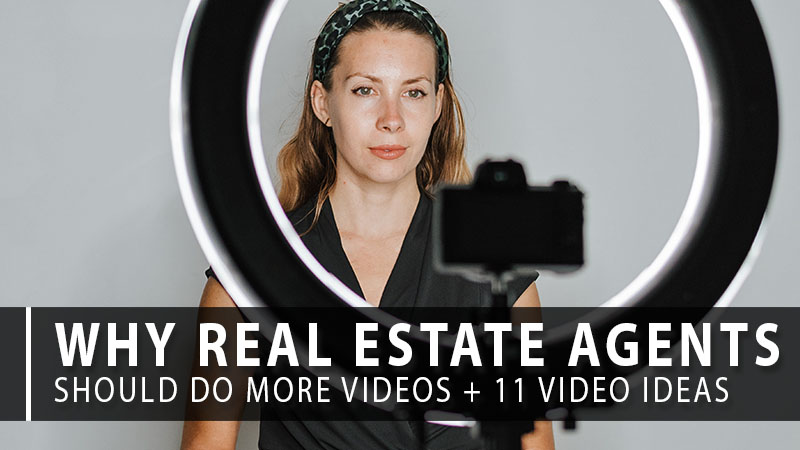 ShareTweet
Real estate coach Tom Ferry shared a video called 'Why You Should Go ALL IN on Video + 10 Videos You Should Shoot Now', and it's got so much great stuff in it that I wanted to share it here:

Why should real estate agents do video?

Tom starts by laying out some of the reasons why video is so important. Now obviously a lot of agents look at video and assume that there's so much out there already that it's probably too late for them, but that's not the case:

"It doesn't matter if you're watching this and you're already feeling behind ... The good news is there aren't enough agents who are doing video."

Look at how much fresh video content is going up on YouTube and Facebook and other platforms every day, and consumers love it! Get this - people watch one billion hours of video on YouTube every day!

Video is also the preferred form of content for a lot of people as this statistic from the article in Oberlo makes clear: 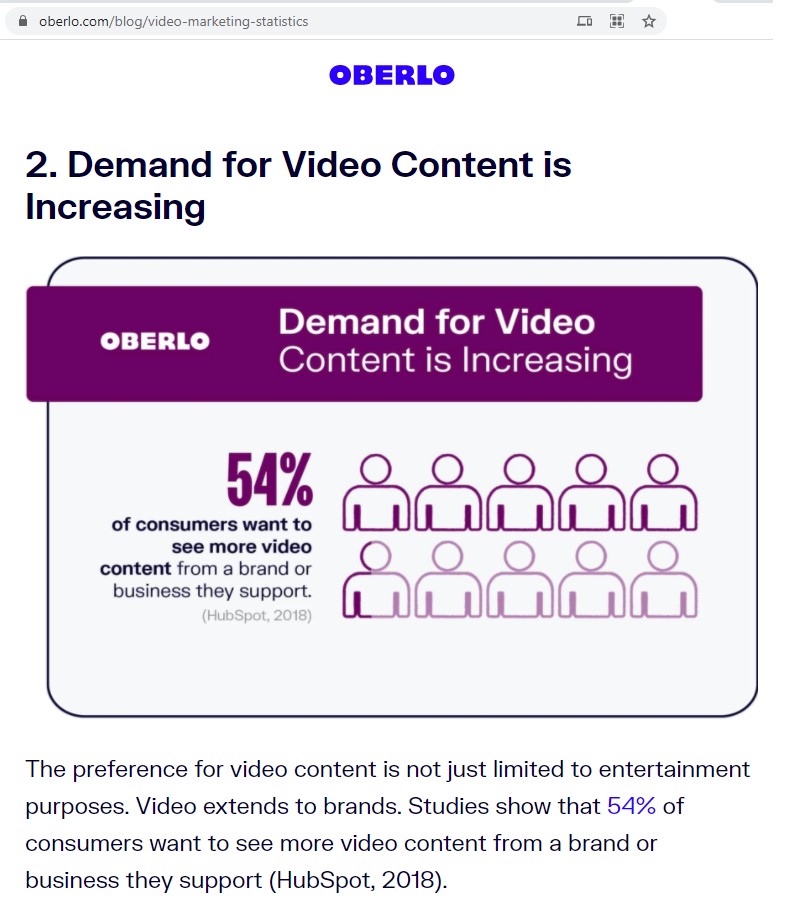 It's clear that consumers want to hear from brands they trust, and that includes real estate agents. They want to be educated, they want to know what's happening in their market and they want to know how to buy their first home or sell the family home.

Given this demand, the numbers are clear - video marketing equals profit.

The agents that have already invested in video are seeing the return on investment for them. As Tom mentions about 10 minutes into that video:

"When I was an enormous advocate for video launches on your listings, starting in 2010 ... and people would say, 'Oh, the cost to do that, and it didn't directly sell the home.' Fast forward to my client Tim Smith - he did the Duffy video on a $45 million house across the harbor from my place in Newport, and got two buyers to write offers after watching the video. Two buyers. So what we know today is video is where it's at."

Going back once more to those statistics from Oberlo:

"Video marketers get 66 percent more qualified leads per year. Why? Because if I know you, like you and trust you, if I'm watching you on video, if you're educating me as the local professional in your town, if you're showing me you're the mayor of the community, then of course I'm going to be way more likely to say, 'I choose you'."

In this video Tom Ferry also shares a selection of ideas that he thinks real estate agents should be creating.

And no, we're not just talking about listing videos.

The idea with these is to sell you as an agent by being highly visible online and by introducing yourself via video before you meet your buyers or sellers face to face. Obviously a lot of agents don't like appearing in a video and that's why they don't do these yet, but as Tom points out:

"No one cares what you look like. Don't surprise people when you get there. ... This is for the people who are like, 'I don't like how I look on camera'. What? Do you look in the mirror every day? It's the same exact thing. You've got to get over this narcisstic, I'm not enough, someone's going to judge me.

... Your vibe attracts your tribe. People are buying and selling with you because you're a good human being, you're good at what you do and if you put that out on video you will amplify your goodness and you will find more people that like people like you."

So if you're reluctant to appear in a video,  stop worrying about how you look on video because people are going to see you eventually anyway so you might as well build some familiarity before you meet in person.

Here are the video ideas that Tom shared:

And just note that you'll need to watch the video to see Tom elaborate on these ideas, starting at 15:30 into that video:

This is a hugely popular video that a lot of people do, and here's an example of that kind of video from Orlando agent Ken Pozek:

3. Do a driving tour of different communities or suburbs to show what it's like to live there.

As an example of this, here's a video by agent Christophe Choo touring around a gated community in Los Angeles:

... and note that this ought to be a weekly video so you keep people informed.

Here's an example of a real estate market update by an agent in Vancouver (though this is a monthly update):

... and also ones on "Buying a duplex in ..." or "Buying a condo in ..." or whatever is popular amongst investors in your area.

As an example of this see this video by California agent Dan Blackwell:

6. "7 mistakes to avoid in buying your first home in CITY".

As an example of a marketing mistake Tom suggests talking about the poor photos that some listings have online, and showing that as a big mistake some agents and sellers make.

8. "Downsizing from a big home in CITY."

Here's an example of a video talking about how to downsize from a house to a condo, with some cool tips on what it's like living in a much smaller space where you're closer to your neighbors:

Here's a Texas agent talking about the pros and cons of moving from California to Texas:

10. Answer 30 questions about real estate in 30 days and share it live on social media every day.

11. Write down how many years you've been in real estate and share that many lessons about real estate that you've learned selling homes in your area.

For example, if  you've been selling homes for 15 years, create a video called: "15 lessons I've learned in 15 years of selling homes in CITY".

How often should you be doing videos?

Tom suggests that you do at least one video per week, and that's the "How's the market in CITY" video. However, it would be great if you could also do something about your community every week to show how local you are, as well as a video about buying or selling in your area so you're providing educational content.

By doing those three types of videos - data, community and education - you're going to build a strong library of content and within 12 months you should be one of the dominant agents online in your market.

How do you do all of those videos each week?

Tom suggests bringing in a videographer, or do it yourself if you have to (though the ROI on hiring a videographer to create professional content is huge), and set aside one day a week where you do all of your video content for the week ahead. So maybe Monday is your content-creation day, so every Monday you dedicate a few hours to doing all of those videos.

You might bring along 2 or 3 jackets to your video shoot, for example, so you look different for each video and then slowly drip the various videos out over the week ahead.

It sounds like a lot of work, and it is, but as we've seen, the return on investment for this is enormous and your business will grow.

If you need some help finding a suitable videographer, try searching through the photographers here at BestRealEstatePhotographers.com where we list the best photographers in various cities or towns. Just scroll to your state in the menu or on the homepage and look for the photographer nearest you.